Being a left handed shooter the ability to operate a pistols safety with efficiency is always a concern. Fortunately for 1911 shooters there’s a wide variety of ambidextrous safeties available for the 1911. Below we will look at a few examples available from typical sources such as Brownells.

The ambidextrous thumb safeties come in what can be classified as four basic categories.

Compact thumb safeties are what is typical of most GI 1911 pistols. The length usually does not surpass the notch in the slide. The body is well radiused. The ambidextrous version is simply a mirror of the stock right handed thumb safety. The compact thumb safety is a good choice for concealed carry and informal shooting . It would be a poor choice for competitive shooting. 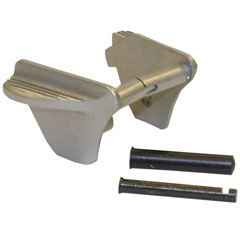 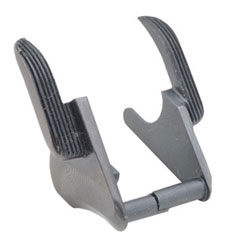 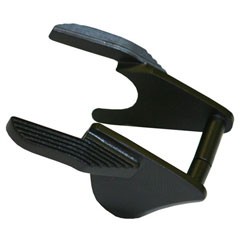 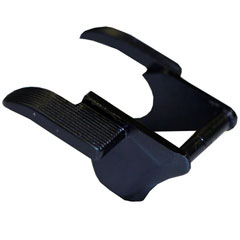 Safety: Like many other firearm accessories are not “drop in” even if advertised as such. The ambidextrous safeties do require some fitting and that fitting should only be performed by someone who knows what they are going. If you choose to install it yourself at the very least have a qualified gunsmith review your work